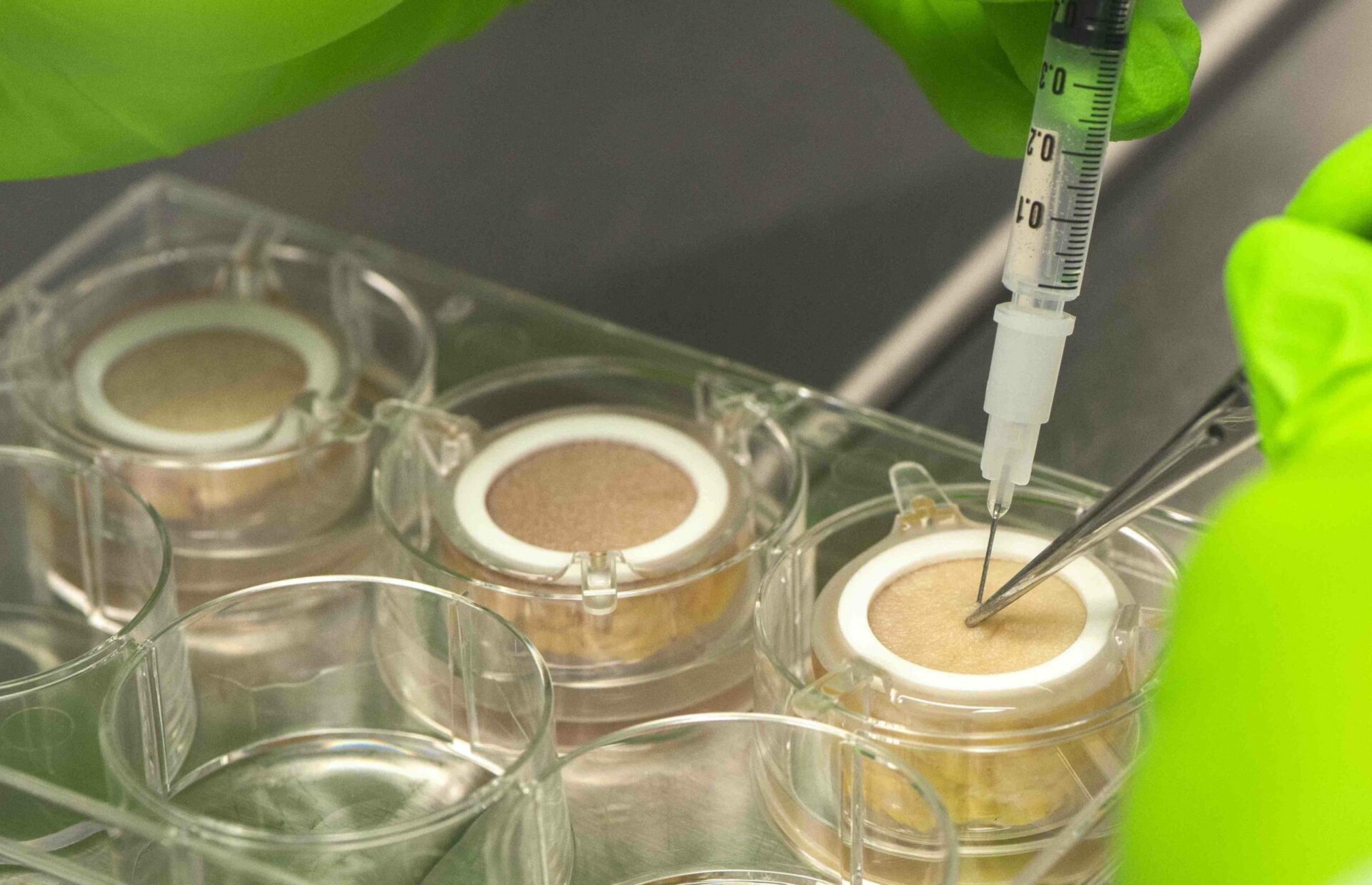 25 October 2019 By Genoskin Comments are Off

A boom in the subcutaneous biologics market 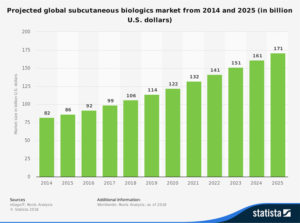 This growth is due in part to the increase in the effectiveness of biopharmaceutical and biosimilar drugs. Their subcutaneous administration appears to be the safest and most cost-effective way to deliver them in patients. The utility of viscous biologics in the treatment of chronic diseases like diabetes and the requirement of a high concentration of subcutaneous formulation of biologics are also driving factors behind the market evolution.

Another growth factor is the displacement of intravenously injected drugs by subcutaneously delivered biologics. Intravenous injections require a clinical setting for dosing and higher costs in development and treatment. On the opposite, subcutaneous injections allow reduced time spent in drug administration, reduced patient time at healthcare facilities and better therapy compliance. Reformulation of such therapeutics leads to reduced costs for pharmaceutical companies, healthcare facilities, and patients.

Testing new formulations: the need for a reliable in vitro model

The development of new drug formulations generally implies preclinical tests in vivo on animals (mice, rats, dogs, pigs, etc.) even though their skin and subcutaneous fat tissue can be drastically different from humans. As a result, no animal models are recognized as universal and reliable to predict human subcutaneous availability. The low predictability of animal models used in preclinical tests leads to 88% of drug attrition during clinical trials. This results in an estimated $1B additional cost in development per drug. Animal experiments also present strong limitations regarding ethical issues.

Therefore, pharmaceutical and medical device companies need a highly predictive and reliable in vitro model. This would enable them to analyze and predict the local human biological response such as injection site reaction and bolus analysis, injected drug distribution and absorption, etc. Effective testing to validate their new subcutaneous injection technologies will allow them to develop new drugs and medical devices cheaper and faster. 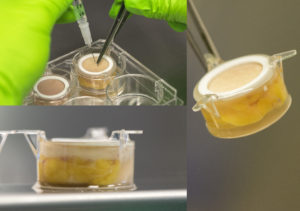 Genoskin core technology consists in the use of an innovative and patented nourishing liquid matrix that becomes solid when excised human skin biopsies are deposed at the waterline. Hypodermis and dermis are then completely embedded in the solidified matrix while the epidermal surface is still in contact with air. The matrix enables normal cell viability and 3D architecture of subcutaneous tissue for 7+ days. Researchers can then perform the preclinical testing needed for the development of subcutaneous injection drugs & devices. Examples are compound absorption, first-pass catabolism, local toxicity, device/skin interactions. 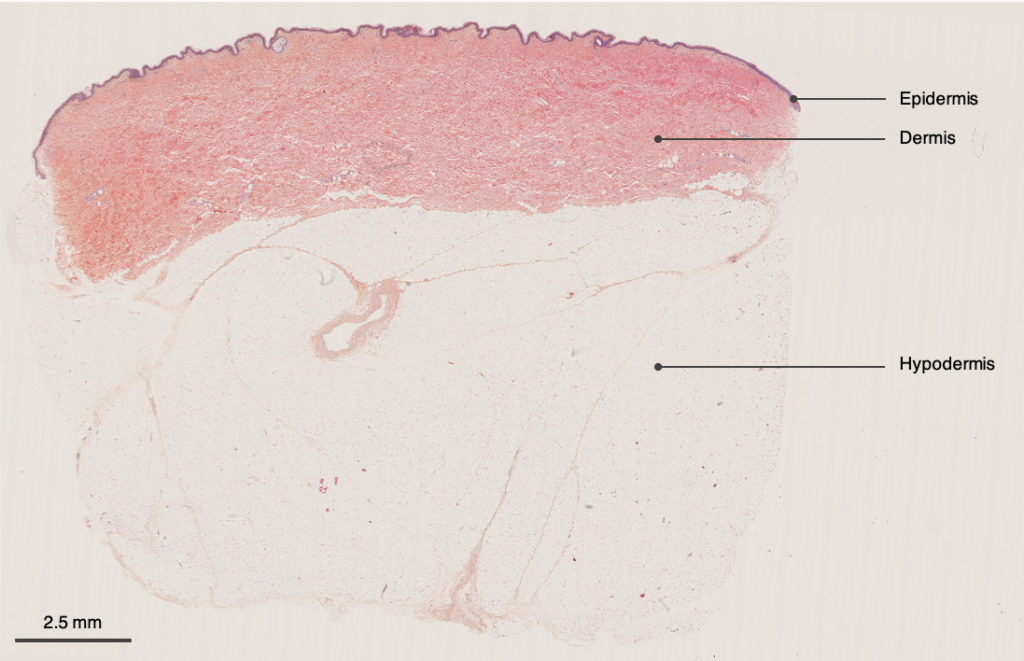 H&E pictures of the three layers of HypoSkin®. a. Epidermis, b. Dermis, c. Hypodermis

To learn more about HypoSkin® technology, feel free to take a look at the following posters: