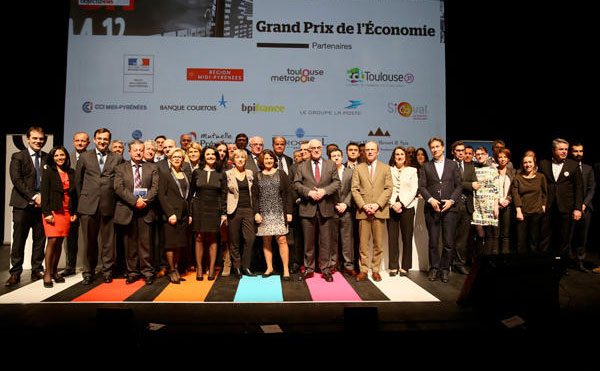 By Genoskin Comments are Off award, entrepreneur, skin model

The Great Economy Awards of 2014 More than 400 people attended the Casino Theatre Barriere in Toulouse for the 6th edition of the Great Economy Award (Grands Prix de l’Economie 2014) on December 8th, 2014. The ceremony was organized by Objectif News in partnership with the French Magazine, La Tribune. During the award ceremony, nine companies and managers were put in the spotlight because of their